At first glance, these features appear to be the result of someone raking their fingernails, or claws, across the surface of the Red Planet, gouging out long trenches in the process.

While not quite so dramatic in its formation, Tantalus Fossae (‘fossae’ meaning a hollow or depression) is a noticeable feature on Mars. This system of troughs flanks a sprawling, low-relief martian volcano named Alba Mons, running along the volcano’s eastern side.

This image from ESA’s Mars Express shows part of Tantalus Fossae, a large system of faults found on Mars, in wider context.
The area outlined by the bold white box indicates the area imaged by the Mars Express High Resolution Stereo Camera on July 19, 2021, during orbit 22173. Credit: NASA/MGS/MOLA Science Team

The fossae were created as the summit of Alba Mons rose in elevation, causing the surrounding surface to become warped, extended, and broken. The Tantalus Fossae faults are a great example of a surface feature known as grabens; each trench formed as two parallel faults opened up, causing the rock between to drop down into the resulting void.

This oblique perspective view of Tantalus Fossae on Mars was generated from the digital terrain model and the nadir and color channels of the High Resolution Stereo Camera on ESA’s Mars Express. Credit: ESA/DLR/FU Berlin, CC BY-SA 3.0 IGO

These structures are thought to have formed not at the same time but one after the other, providing scientists the opportunity to reconstruct a past timeline and picture of what created this dramatic landscape.

The large impact crater at the center of the image, for example, is crosscut by grabens, indicating that it was already present before the volcano was uplifted to create the Tantalus Fossae faults. The second-largest impact crater (far smaller and to the bottom-left of the central crater) appears to superpose the faults, and is therefore likely to be younger.

This oblique perspective view of Tantalus Fossae on Mars was generated from the digital terrain model and the nadir and color channels of the High Resolution Stereo Camera on ESA’s Mars Express. Credit: ESA/DLR/FU Berlin, CC BY-SA 3.0 IGO

Upon closer look, many small, branching valleys can be seen across this region. These valleys appear to cut directly through the grabens, and so are assumed to be older.

As shown most clearly in the associated topographic view, the northern (right) part contains far lower terrain than the southern (left) part – in places, as much as three kilometers lower in altitude. We would expect any small, branching valleys to run along the slopes of Alba Mons and merge where the ground is lowest, but this is not seen here, implying that the valleys must originate from more ancient times – before Alba Mons rose to sculpt this terrain into what we see today.

This color-coded topographic image of Tantalus Fossae was created from data collected by ESA’s Mars Express on July 19, 2021, during orbit 22173. It is based on a digital terrain model of the region, from which the topography of the landscape can be derived. Lower parts of the surface are shown in blues and purples, while higher altitude regions show up in whites and reds, as indicated on the scale to the top right. North is to the right. The ground resolution is approximately 18 m/pixel and the images are centered at about 43°N/257°E. Credit: ESA/DLR/FU Berlin, CC BY-SA 3.0 IGO

This area is named after Tantalus, a son of Zeus and Plouto (

This stereoscopic image shows Tantalus Fossae on Mars, and was generated from data captured by the High Resolution Stereo Camera (HRSC) on ESA’s Mars Express orbiter on July 19, 2021, during orbit 22173. The anaglyph, derived from data acquired by the nadir channel and one stereo channel of the HRSC, offers a three-dimensional view when viewed using red-green or red-blue glasses. Credit: ESA/DLR/FU Berlin, CC BY-SA 3.0 IGO 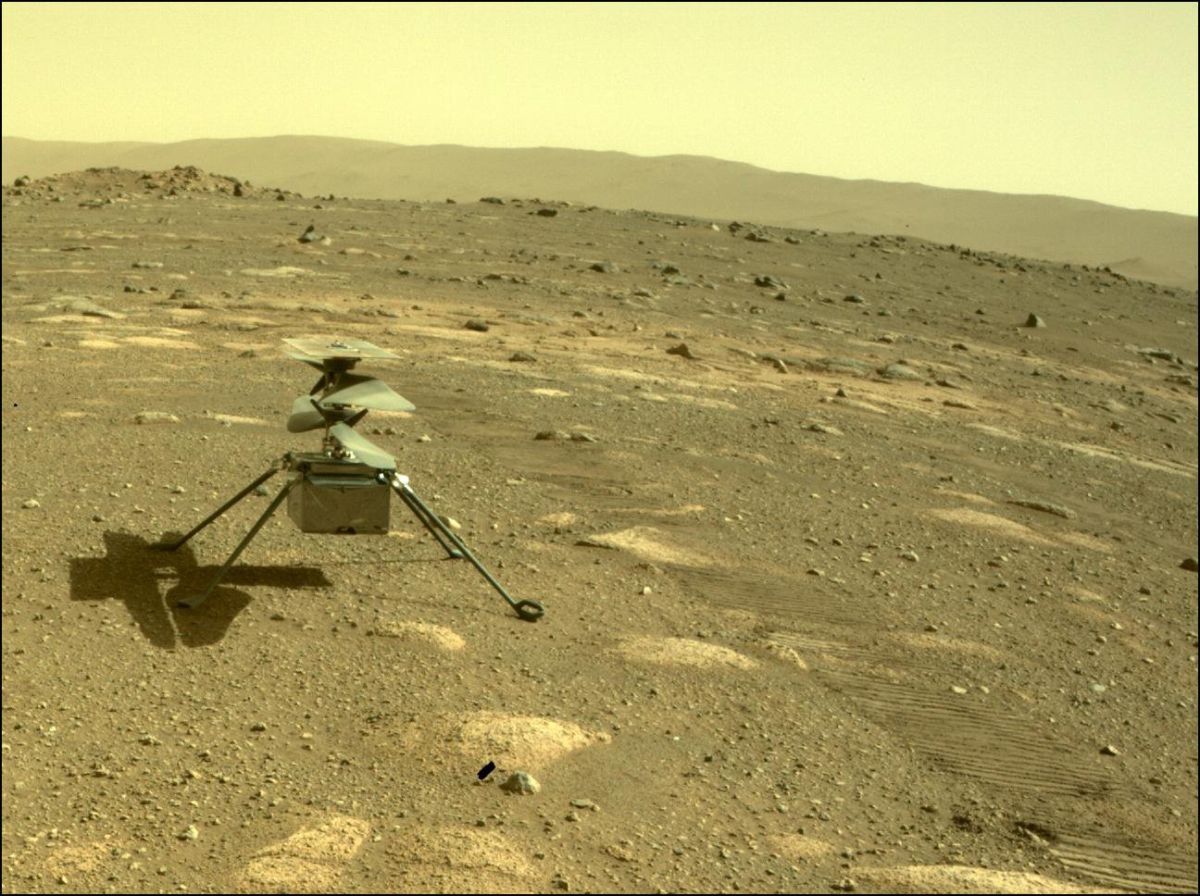